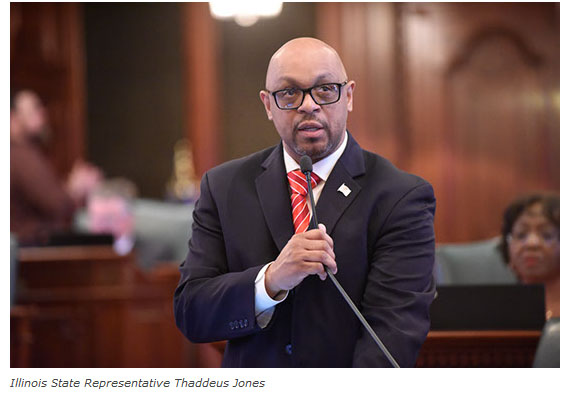 Illinois State Representative Thaddeus Jones – current Mayor-Elect of Calumet City, Illinois – is now the official winner of the recent February 23, 2021 election. This has now been confirmed by the Illinois State Supreme Court.

Jones has waited patiently for an Illinois Supreme Court ruling regarding his vote total.

An Illinois Supreme Court order Feb. 17, while keeping Jones’ name on the ballot, ruled to impound votes he received in early voting and on February 23rd, pending an appeal of an Illinois Appellate Court decision that returned Jones to the ballot.

On Feb. 11, the appellate court overturned a Calumet City electoral board decision in December, by a Cook County Judge that removed Jones from the primary ballot.

The electoral board cited a referendum approved by Calumet City voters in November to prohibit people from running for mayor if they also hold an elected office created by the state constitution.

However the Illinois Supreme Court agreed to allow the original objectors to Jones’ nominating papers to file an emergency motion for expedited consideration of their appeal, according to a Feb. 18 court order. The case was submitted to the Supreme Court based on the briefs filed by both sides in the appellate case, according to the order.

But recently the Illinois Supreme Court affirmed the decision of the Appellate Court therefore declaring that Mayor-Elect Jones was rightfully placed on the February 23rd election ballot.